Driving with a siren (sound signals) is normally difficult to train on public roads for police, ambulance or firetruck drivers because of traffic safety issues. When driving with siren police officers are allowed to drive at higher speeds and other drivers are obliged to give priority and give way to the priority vehicle. While it is very important for police drivers (or ambulance and firetruck drivers) to practice this, it poses an increased traffic safety risk when this practice is done on public roads. Practicing the required skills in a simulator solves these safety issues.

Driver training for drivers of priority vehicles can be done more efficiently and much safer in a driving simulator. With enough practice, drivers of priority vehicles, using a siren, will be less involved in traffic accidents during pursuit in real traffic conditions because they will have trained their skills to do so in a safe way. The simulator offers a lot of different traffic and environmental conditions to practice this, such as driving on highways, in towns and villages, on single and dual carriageways, on roundabouts, in night conditions, and during fog, rain and snow.

All driver training lessons can be trained as a priority vehicle, and this can be enabled in the IOConfig program. 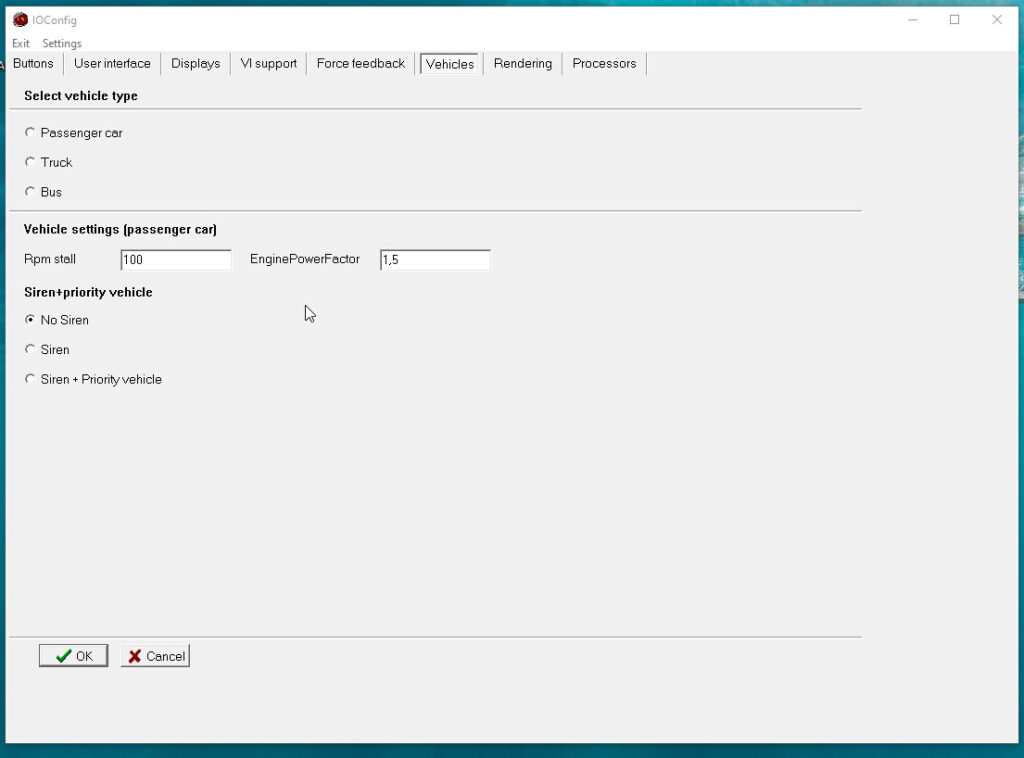 By default, use of the siren is disabled. For police training 2 options are of interest:

If driving at higher speed is required, the engine power can be increased, see the manual for driver training for that.